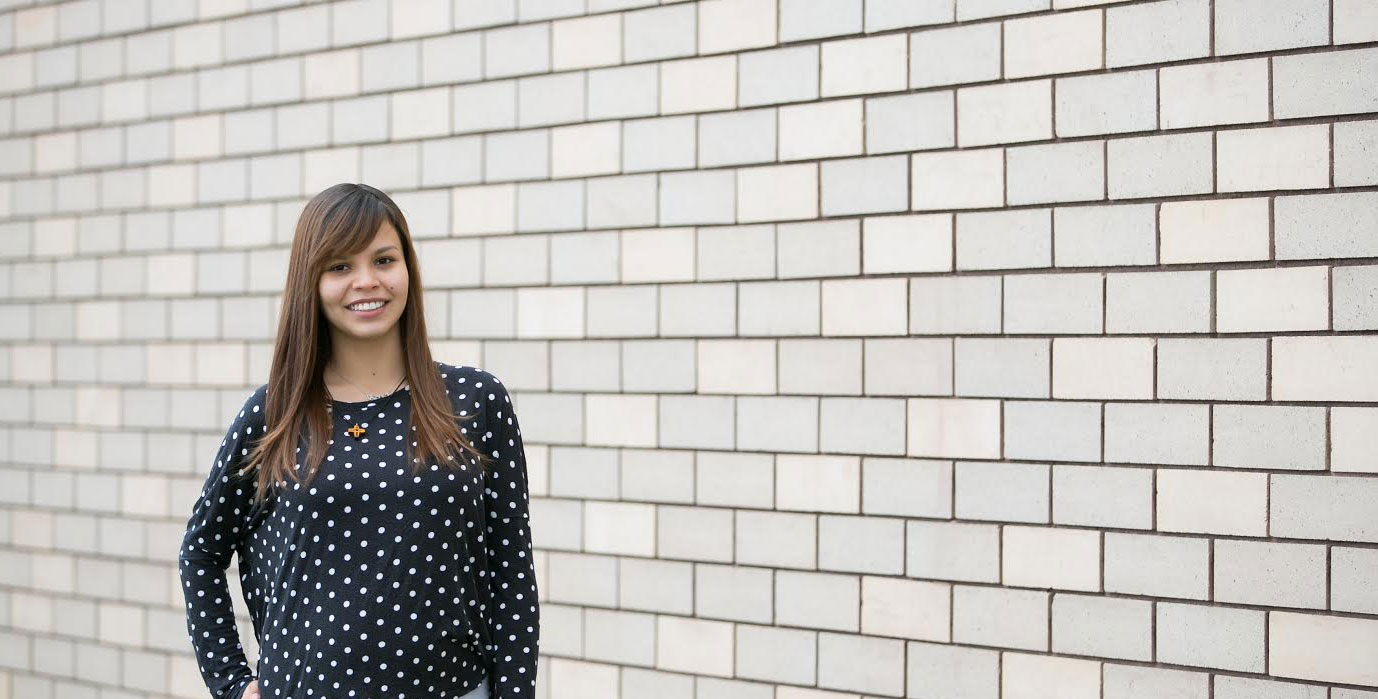 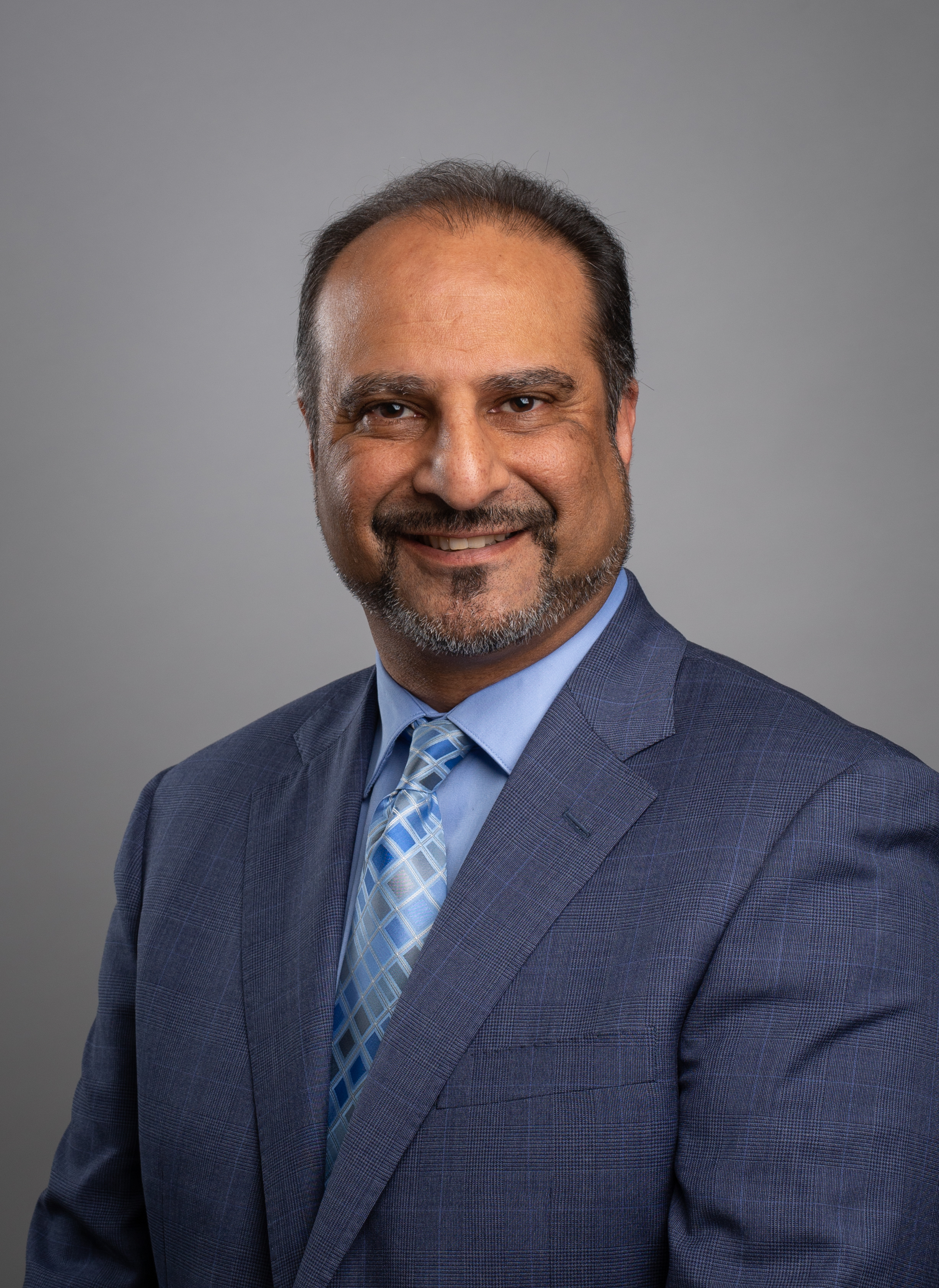 I’m very excited to serve as the new President and CEO of North West College. In the short time that I’ve been here I have discovered a College worthy of acclaim. The North West College staff are invested in the people of the northwest and serve our region with integrity, innovation, and excellence. Our students are the committed, driven, leaders of tomorrow. Thanks to this community and our partners in business and industry, North West College will continue its tradition of innovation and educational excellence under my leadership. 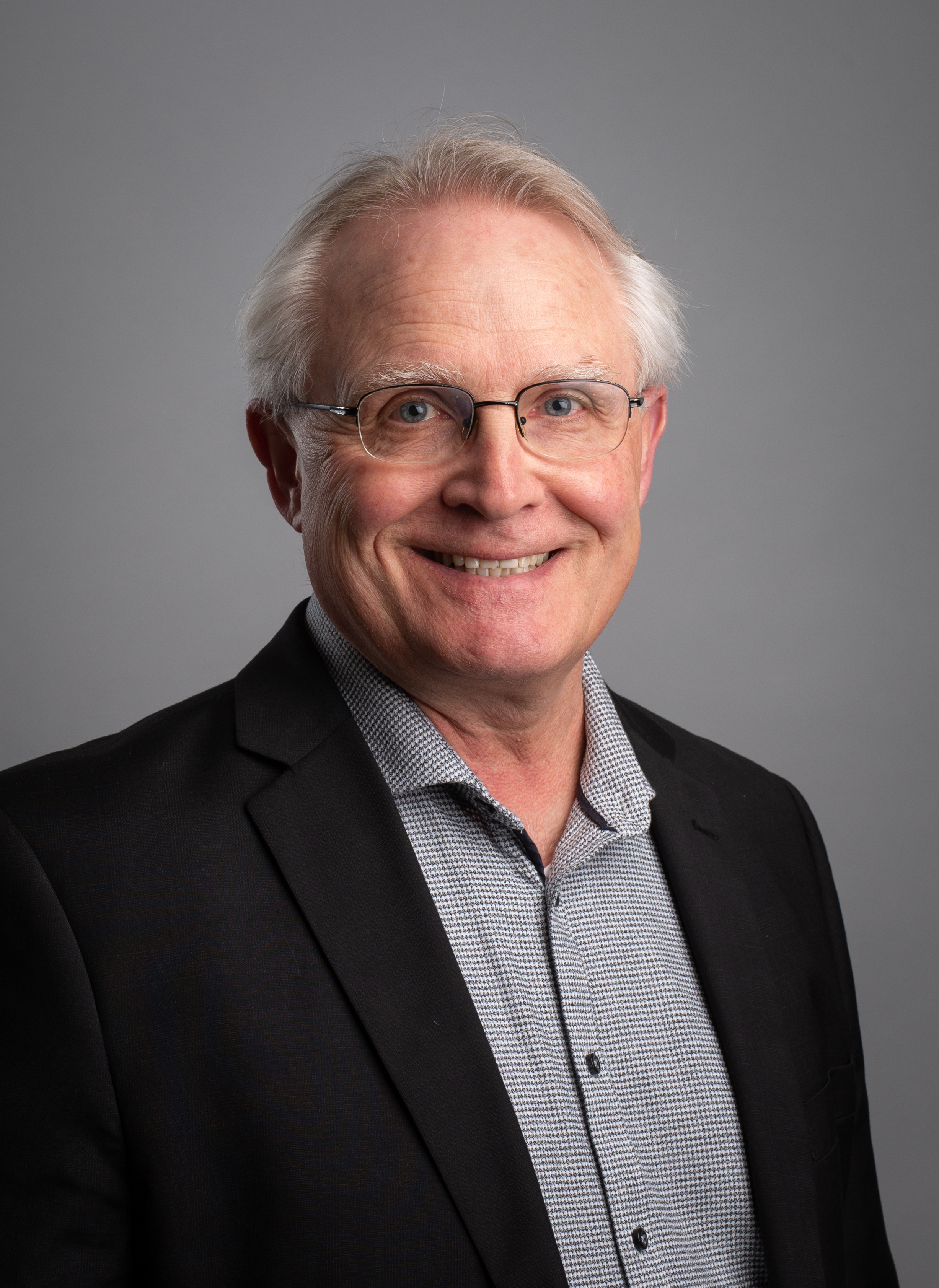 Byron Merkosky comes from the Village of Edam. He is a University of Saskatchewan graduate, trained educator and seasoned public servant. Byron served as Mayor of Edam for 13 years and is currently the Assistant Program Manager for the First Nations Student Success Program coordinated by the Battlefords Agency Tribal Chiefs (BATC) and Treaty Six Education Council (TSEC). Byron joined the Board in 2013 and marked the second generation of this family to work with North West College. Byron’s father, Ed Merkosky, served as a longtime Literacy Coordinator at the Battlefords Campus prior to his son’s appointment. Byron brings to the Board his experience as an educator, government leader, and cultural witness of Indigenous teachings. 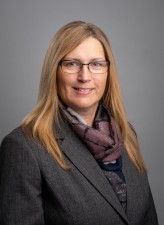 Audrey Jones is a dedicated educator with nearly thirty years of service to Medstead Central School. Audrey is also a small business owner and seasoned farmer with her husband Randy. She possesses a Bachelor of Science in Agriculture (B.Sc.Ag.), a Bachelor of Education, (B.Ed.) and a Master of Education with a focus on Lifelong Learning/ Adult Education (M.Ed.). Through her graduate work studying lifelong from an Indigenous perspective as well as Treaty Catalyst training, Audrey has experience with the embedding of Indigenous worldview into educational curriculum and outcomes. She brings to the Board her extensive education, teaching experience, and a voice for importance of rural services. Audrey enjoys working outdoors during our beautiful Saskatchewan summers and cherishes time spent with her family. 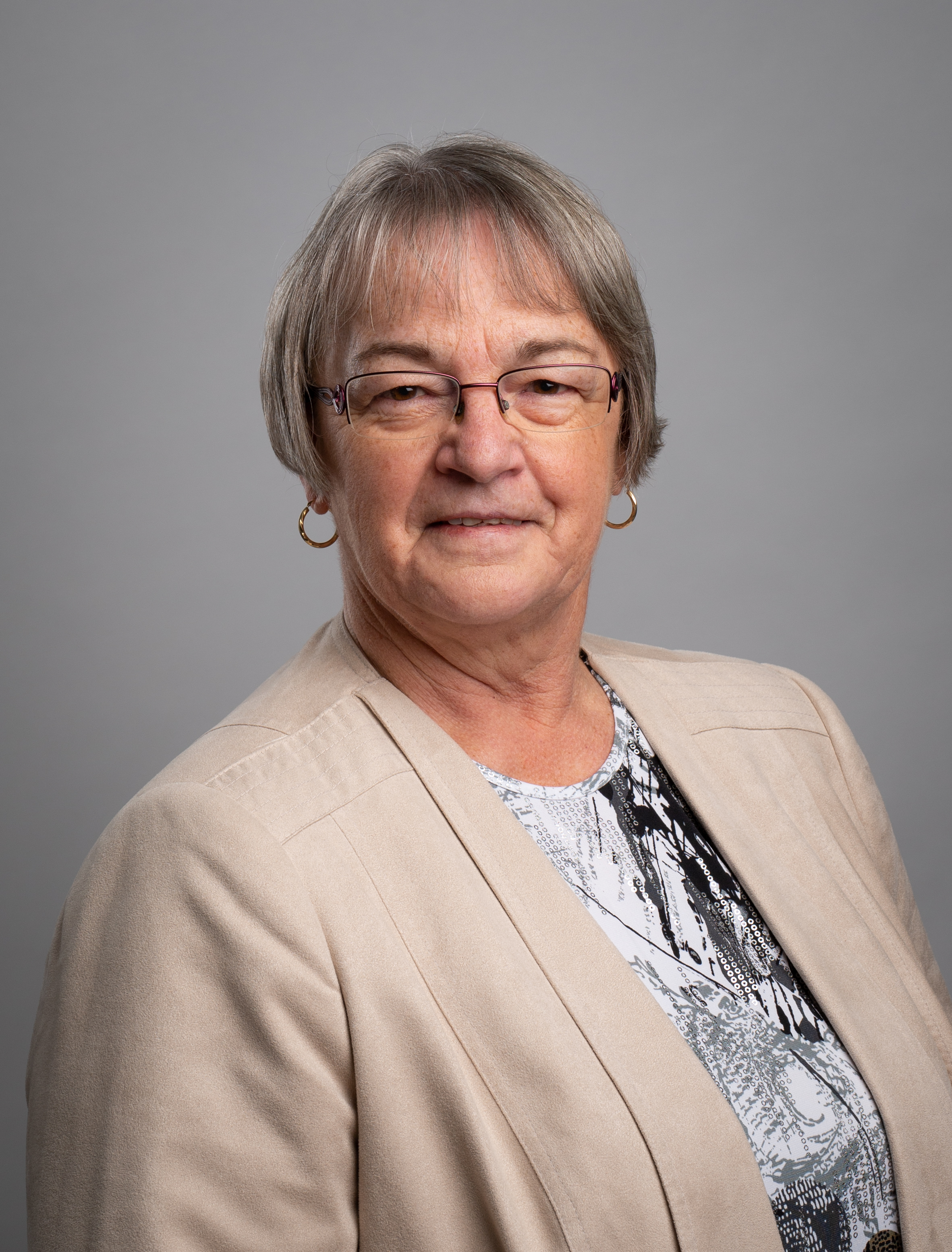 Ann McArthur is semi-retired after serving over 36 years in administration at Battlefords Interval House. Ann is currently employed in a half-time position as Administrative Assistant at Battlefords Victim Services. Ann provides valuable corporate memory gained over ten years as an NWC Board member. Ann first joined the Board in 2000 and served as Chair between 2004 and 2008. She returned to the Board in 2013 and currently also sits on the Bylaw and Policy Review Committee. A graduate of Battleford Collegiate Institute and the University of Saskatchewan, Ann is a trained educator and former college instructor who is committed to experiential learning in the Battlefords. Whether sitting on various boards in the community or watching her grandchildren playing hockey, figure skating or highland dancing, Ann’s diverse community involvement enriches the Arts, Culture and Sports of our region. She brings management experience, mental health expertise and a background in community services to her work at the College. 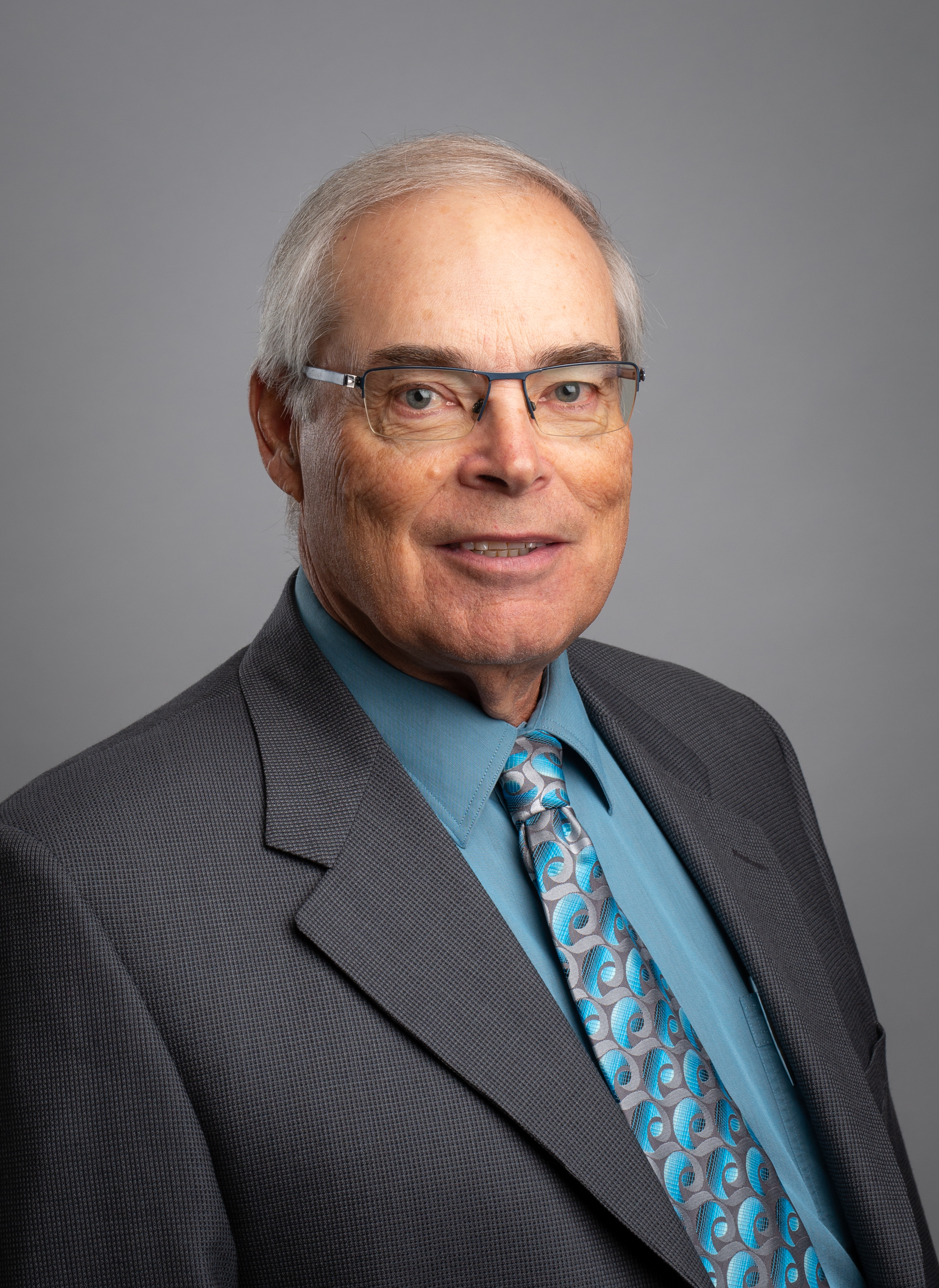 Wayne Pike joined the NWC Board of Governors in 2014 and is the Board’s preverbal ‘Jack-of-all-trades’. In his long and distinguished career, Wayne has served as human resource manager for Millar Western Forest Products, acted as vice principal in the Meadow Lake area, and held the post of Chief of Staff within a provincial ministry. On top of these diverse experiences, Wayne and the Pike family were admitted into the Saskatchewan Baseball Hall of Fame in May of 2015. Four generations of the Pike family have been heavily involved in the sport with Wayne playing and coaching on several provincial championship teams in the course of his sporting career. Family is exceptionally important to Wayne and his wife Jane, who enjoy spending time with their children and grandchildren. As a North West College Board member, Wayne brings his experience as a provincial government employee and his industry knowledge in forestry and the oil & gas sector. Wayne also serves on the Human Resources and Compensation Committee of the Board. 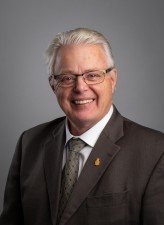 Born and raised on a farm near Meadow Lake, George Prudat moved to St. Walburg with his wife, Joan, to enjoy their retirement. A graduate of the Canadian Forces Command & Staff College in Toronto, and Memorial University in Newfoundland, George served 37 years with the Royal Canadian Navy finishing his military career as the captain of a destroyer with a crew of 300 sailors. George then transitioned to the Federal Public Service as a senior employee working at the Centre for Operational Research and Analysis (CORA) in Ottawa for an additional 8 years. George was elected Mayor of St. Walburg in 2017. He enjoys golfing, genealogy, reading and is taking a crack at fishing. George brings to the Board his extensive experience as a public servant, senior manager and municipal leader. 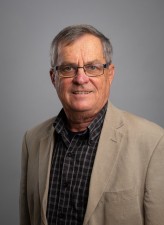 Bill Volk is a dedicated and active member of the Battlefords business community. Originally from Denzil, SK, Bill possesses both a Bachelor of Science (B.Sc.) and a Bachelor of Science in Agriculture (B.Sc.Arg) from the University of Saskatchewan. The owner and operator of Norsask Farm Equipment for over 20 years, Bill is currently a consultant with the Canadian Consulting Agrologists Association. He has sat as a director for Innovation Credit Union and Battlefords Tourism. Bill also has experience as the chair of the Immigration Support Committee and Aboriginal Workforce Committee for the Battlefords Chamber of Commerce and continues his work with the Chamber as a current director. Bill and his wife, Carol, are based in the Battlefords and enjoy curling, snowboarding, camping and are avid horse enthusiasts. Bill brings to the board his highly developed financial literacy, business acumen, and community engagement.

Board of Governors Policies